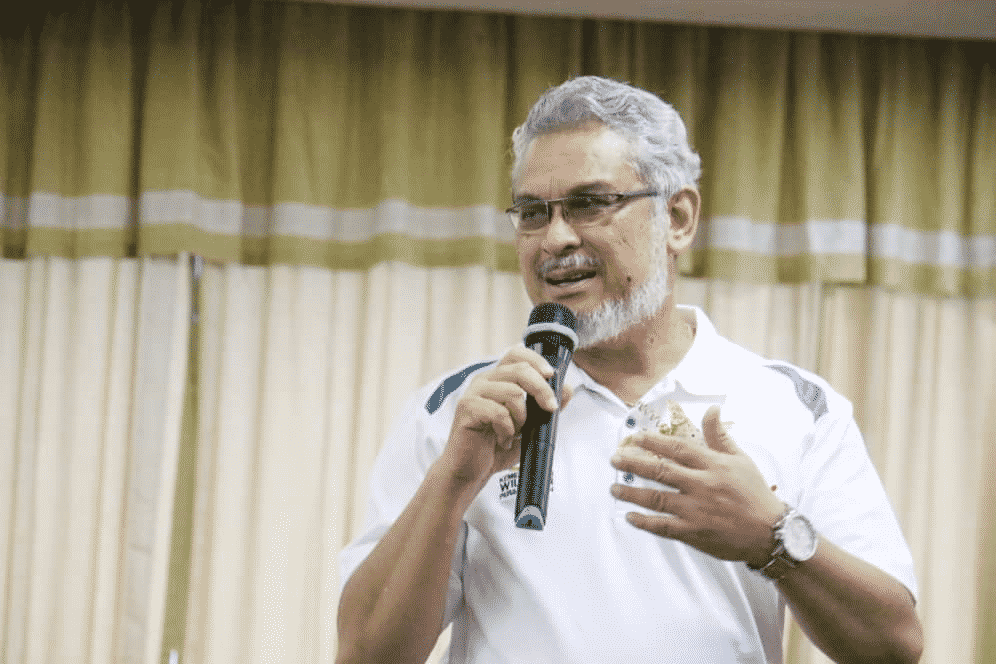 And many months later, in a cabinet meeting, as we were discussing the political situation, Tun, out of nowhere said, “and I remember, somebody asked me why I should be made the Chairman of PH”.

I have many times been told I have a big mouth. Actually, it is true. Both literally and figuratively. Literally, I was once called the man with the widest smile, stretching from ear to ear. My laughter caused my own mother, once, to exclaim, “you laugh too loud and too much!”

Figuratively it means I talk too much and I say what should not be said. Yes , that too I have to agree, most of the times it is true. That was what probably got me into the bad books of the current leaders of PAS and some of the previous ones like Hassan Ali. I just talk too much and say all the wrong things. For some.

I would like to share an incident in the early stages of the formation of Pakatan Harapan, when the Chairmanship of Pakatan Harapan was being decided. The Majlis President or Presidential Council was in session and all the component party leaders were in attendance. I think it was in late 2017. Kak Wan was the President of PKR then as DSAI was then still in prison. Tun was also present as were Mat Sabu and Lim Guan Eng.

The issue of who should be the Chairman was being discussed and Tun’s name was being proposed. True to my reputation of having a big mouth, I asked, as I have asked numerous times in the past when conducting interview sessions, “why should YOU be chosen as the Chairman? What can your Chairmanship offer to Pakatan Harapan?”

As we know, PH was in existence prior to Tun joining us and although objected to by Azmin, who wanted Pakatan Rakyat to prevail as it included PAS, PH pulled through.

On hearing my question and its big mouthed nature, the room suddenly fell silent. I felt as if I had done it again. Me and my big mouth! Tun and his guys may just blow up! The Malays, it is said, are not used to this big mouthed kind of comments.

Then Dato Shahruddin, YB Simpang Renggam, in a controlled voice, blurted out, “so rude!”

Tun looked flustered but quickly composed himself. Then he replied, “I believe I can bring in the needed Malay votes to steer PH to victory. All this while, PH has failed to win the confidence of the Malay voters. PH needs to be seen to be more committed to the Malay issues, my being the Chairman can help in that direction”.

And the room came alive again. And I breathed again. And for various and differing reasons, we agreed to accept him as our Chairman.

Then, a few months down the road, after winning the General Elections, I was surprised to be called up by Tun. He asked if I would accept the appointment as the FT Minister. I was surprised at being offered, as I felt he did not like me and my big mouth, yet unbelievably, I managed to do it again! I said, “uhhh.. FT Minister? Why not the Works Minister? Hahahaha… and Tun said “No, the FT Minister. The Works Minister I already have a candidate”. It was YB Baru Bian. And so I said ok I will give it a shot.

And the best part was that Tun then appointed the guy who said I was “so rude” as my Deputy Minister! Perhaps to teach me to keep my big mouth in check. Not that he would succed. As I am made that way. Some are born with silver tongues, others with big mouths.

And many months later, in a cabinet meeting, as we were discussing the political situation, Tun, out of nowhere said, “and I remember, somebody asked me why I should be made the Chairman of PH”. Everyone laughed and looked at me. I had forgotten all about the incident as I do it so often. Tun did not. He remembered it too well for a 94 year old man then. Perhaps he did not face such questions as often. But it would seem he did not hold it against me either.

So, if I do appear to have a big mouth, please understand, it is true. I say things which I believe needs to be said. Question what I believe needs to be questioned. But I do not have a big head and I pity those with big heads, figuratively speaking, who tell me to shut up and tow the line, believing they know best. As I said, I am not made that way. My sincerest apologies.

Moral of the story? Good and strong coalitions will survive my big mouth.