The Memorandum of Understanding (MOU) on Transformation and Political Stability signed yesterday between the Federal Government and Pakatan Harapan (PH) has been dubbed a resounding victory for PH and the rakyat as the coalition has practically leveraged their position to bring forward necessary and lasting reforms for our country.

Furthermore, the MoU will finally initiate a unified, whole-of-society aproach in our nation’s fight against Covid-19 and its adverse effect on the rakyat’s lives and livelihoods.

The reform deal is also in line with the Yang di-Pertuan Agong’s decree for a bipartisan cooperation between the Government and the Opposition in order to return political stability to Malaysia so as to steer our nation out of the Covid-19 pandemic and its scathing impact on our economy.

Specifically, the Transformation and Political Stability MoU will cover these specific reforms:

* Strengthening of the Covid-19 plan
* Governance transformation
* Parliamentary reforms
* Ensuring Judicial independence
* The Malaysia Agreement 1963
* The formation of a steering committee
As such, the MoU clearly puts PH at an advantage as Ismail Sabri’s government is now dependant on the conditional promise by PH to not oust him as Prime Minister nor will Budget 2022 be blocked in Parliament. A dissolution of Parliament will also not be pursued up until 31 July 2022; a clear victory for the rakyat that wants political stability but do not want to participate in a General Election until the Covid-19 is under control.

Given that the MoU includes several imperative reforms that are beneficial for the rakyat, the agreement also shows PH’s sincerity in fighting for the rakyat’s cause. Despite being at a position to ‘blackmail’ for positions or other form of gratification, the coalition instead demanded for reforms and initiatives that are beneficial for all Malaysians. 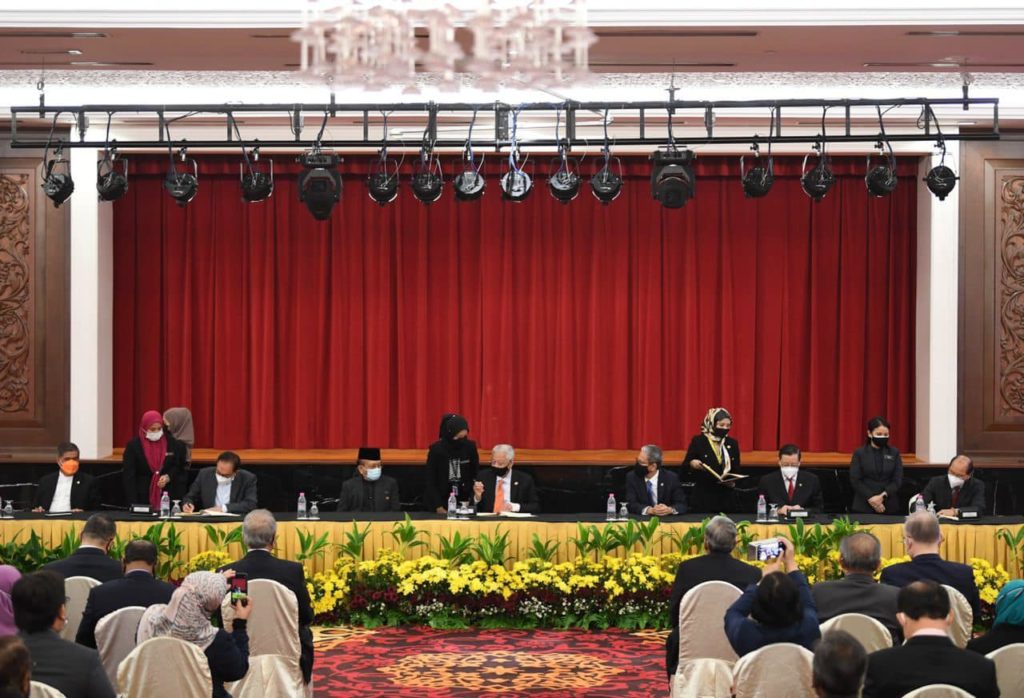 Here are 5 reasons as to why the MoU favours PH and more importantly, the rakyat:

1. It will launch major progressive reforms for Malaysia

The MoU includes reforms that would ensure political stability in our country such as the Anti-Party-Hopping law which will prevent the infamous Sheraton Move in February 2020 from ever be replicated again. At long last, the sanctity of the rakyat’s mandate shall forever be preserved, kept away from the tainted hands of traitors and opportunists.

Besides that, several Parliamentary reforms have also been agreed upon in order to empower the Legislative arm to provide proper check and balance to the Executive. These include a reform on the composition of the Parliamentary Select Committees which will make it more balanced when it comes to drafting and approving laws.

The MoU will also safeguard the independence of our Judiciary and would prevent any hidden hands from tempering with our justice system. Moreover, the MoU also agrees to revisit Malaysia Agreement 1963 (MA63) and reinstate the rights of Sabah and Sarawak as prescribed by MA63.

Other reforms include the implementation of Undi18 and automatic voters registration being expedited and will ensure eligible Malaysians not being denied their birth right of being allowed to vote in the next General Election.

2. The Federal Government is now forced to listen to demands by the Opposition

The Transformation and Political Stability MoU is essentially a Confidence and Supply Reform Agreement (CSRA), meaning that the Federal Government is now dependant on Opposition’s support. Therefore, all future bills tabled in Parliament must include views and insights from the Opposition.

Hence, the government MUST consult with the Opposition before the tabling of any bills, including the 2022 Budget which is a victory for the rakyat as Pakatan Harapan would ensure the voices and demands of the rakyat be implemented in each bill.

Therefore this MoU will put the Opposition at an advantage because if the government doesn’t adhere to the demands, the bills will be objected and conversely, if the demands are followed, the Opposition will be supporting or abstaining during the voting process in Parliament. For Budget 2022 in particular, this MoU ensures only the most refined and thorough version of Budget 2022 which covers all of the rakyat’s demands will be put through in Parliament.

3. The MoU will be void if the government fails to deliver the agreed reforms in a set timeline

The agreement further puts the Opposition at an advantage by setting a specified timeline for the agreed reforms to be fulfilled by the government. If they fail to do so, the agreement will be void and the conditional support will cease to be.

This condition thus alleviate concerns that the promises in the MoU by the Federal Government are mere empty promises as the onus is on them to deliver the agreed reforms or risk crumbling.

4. The MoU ensures our country can fully focus on fighting Covid-19 and reviving the economy

Another condition of the MoU includes an agreement that Parliament won’t be dissolved before 31 July 2022, thus allowing Malaysia to focus on winning the war against Covid-19 and reviving our economy that have been heavily affected by the pandemic.
Furthermore, the MoU also strengthens Malaysia’s Covid-19 plan with proper approaches in dealing with the pandemic that are based on science and data, including the implementation of the ‘Find, Test, Trace, Isolate, Support and Vaccinate’ (FTTIS + V) strategy and the roping in of the private sector to deal with the pandemic, in line with a ‘whole of nation’ approach.

5. The kleptocrats and traitors no longer have power over Ismail Sabri

With majority support virtually guaranteed should the MoU be delivered on his end, Ismail Sabri now no longer have to entertain demands by the ‘Court Cluster’ faction of his party. No longer shall dubious leaders with pending court cases escape due justice or worse, being bestowed with powerful positions.

The same rings true for traitors of the people’s mandate who for far too long have been leveraging their cunning treachery for personal gratification.

Truly, this Mou on Transformation and Political Stability is a masterstroke by Pakatan Harapan to make the best of the current situation. Sure, they are still the Opposition but through this MoU, PH have done what no Malaysian government have ever done, enact reforms that have a positive, permanent impact on our nation. A major victory for all Malaysians!