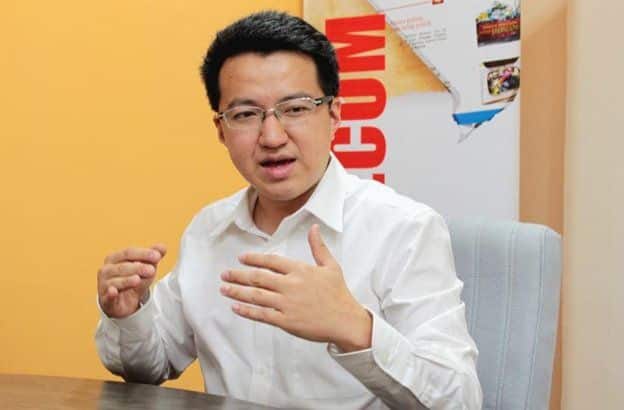 Prime Minister Najib Razak is trying to argue that his visit to the White House was successful and that the Malaysian economy is in a very good shape. Somehow his arguments do not seem to resonate well with ordinary Malaysians.

At the heart of all these, it is Najib’s “Cash is King” mentality and his inability to understand the economic reality of ordinary Malaysians that is at play.

Najib doesn’t have much ideas in governing and leadership except offering monetary and material rewards to get what he wants. The problem with that is it was never his money but rather Malaysians’ taxpayers’ money. Now this is extended to the world stage when he offered President Donald Trump “to help the US economy”, a stance that riled up most ordinary Malaysians.

Najib refuses to understand that ordinary Malaysians are suffering from the combined impact of the implementation of GST since April 2015, the 30-percent depreciation of ringgit since October 2014, and the ongoing subsidy cuts/shrinking of essential government services like healthcare since the 2013 general election.

To the ordinary folks, the so-called Najibnomics means hardships. All the complaints have been there since 2015 but he and his Cabinet merely ignored them.

The outpouring of public antipathy across the board and across ethnic lines against Najib’s bunga mas “tribute payments” at the White House has to be understood in the context of the economic anxieties and difficulties faced by ordinary Malaysians.

Lest we forget, bunga mas or golden flower was a token of subservience, usually sent by smaller states to a superpower, asking for protection. The price to be paid by the smaller states include agreeing with the superpower’s policies as well as sending soldiers to fight the superior state’s war.

Bunga mas was part of our historical past. Yet Najib’s three-point “value propositions” when meeting President Trump, i.e. US$ 10 billion purchase of Boeing aircrafts, Employees Provident Fund’s additional US$ 4 billion investment in infrastructure (on top of US $ 7 billion existing investment) and Khazanah’s further investment into Silicon Valley, seems to help the US more than it would benefit Malaysia.

FIRST, globally the airline industry faces a very tough business environment with stiff competition in an overall softened market. Not many airlines are investing in massive procurement of new aircrafts as they avoid being over committed in their future earnings and over-geared in terms of debts.

Also, it is not that Malaysia Airlines has made huge profits ready for massive re-investments. MAS now is no longer the MAS we used to know. The current MAS is a new entity set up in 2015 by its owner Khazanah with an injection of RM6 billion capital. One of the main purposes of the formation of a new company was to remove 6,000 Malaysian staff.

Now Najib is helping Boeing, the American company, to keep their staff by giving Boeing a mega deal. MAS certainly can’t afford to pay for the Boeing order. Who is going to pay for it? The Malaysian taxpayers through the Government or Khazanah Nasional Berhad?

SECOND, Najib is justifying the investments by EPF and Khazanah into foreign markets as a way to generate better returns as returns in Malaysia are too low.

While we can’t blame managers of GLCs and GLICs for voting with their feet to invest overseas as their KPIs are to generate returns to capital, it is the responsibility of the Finance Minister to create a robust domestic economy.

If the government strategic investing arms don’t find investing in Malaysia a worthy cause, why should foreign investors? Herein lies the problem of the Malaysian economy; that growth has slowed and the prospects are dim, even from the perspective of the government’s investment entities.

THIRD, for Malaysians who have to make ends meet by working across the Causeway and even working illegally in foreign countries, it hurts when Najib wants to help the US economy instead of Malaysia’s.

Five years ago, about 200,000 Malaysians cross the Causeway to work in Singapore on a daily basis. Today, 300,000 do so each day. The Najib Government has failed them.

We should be investing in new potential, especially in the high tech sectors, so that young Malaysians have a future in Malaysia. Najib’s bunga mas to the US will only further depreciating the ringgit and making it more difficult for young Malaysians to stay home for a decent job and future.

It is Najib’s delusion that his US trip is a success. It isn’t and most Malaysians know why it isn’t. “Cash is King” doesn’t always work, and when people are suffering, it is sometimes seen as an insult. Najib’s inability to understand the economic realities of ordinary Malaysians will be his Achilles heel.