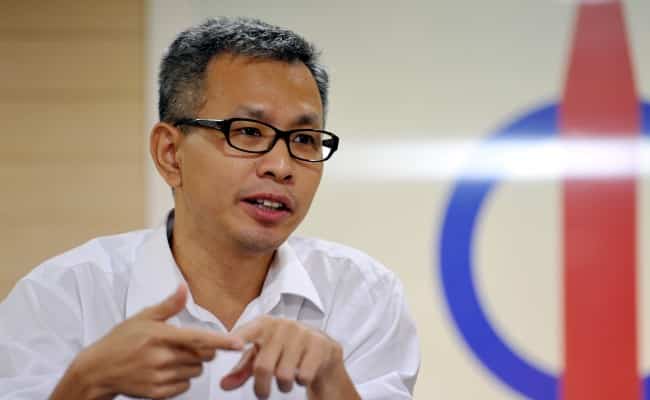 Over the past 2 months, investigative reporter extraordinaire, Clare Rewcastle of The Sarawak Report has started to shed new light and exposed new evidence of how the then Prime Minister, Datuk Seri Najib Razak in collusion with Jho Low had tried to cover up the 1MDB scandal via inflated priced projects with certain Chinese parties.

We have always suspected that the then BN government’s RM55 billion East Coast Rail Link (ECRL) project and the RM10 billion twin pipeline projects by Suria Strategic Energy Resources (SSER) which were awarded to China Communications Construction Company (CCCC) and China Petroleum Pipeline Bureau (CPPB) respectively, were conduits to siphon funds from the Malaysian government for the purposes of covering up and repaying 1MDB debt.

The Sales and Purchase Agreement was signed by Saud Abdulmohsen, a Kuwaiti representative of Silk Road Southeast Asia in August 2017.

What was stunning was the fact that despite CNY4.25 billion being paid in full, there was no follow up to transfer the 234 acre of prime land to the new owners. Instead the funds received by 1MDB was utilised almost in its entirety to repay 1MDB’s US$1.2 billion debt to International Petroleum Investment Corporation (IPIC) of Abu Dhabi and other 1MDB debtors.

Until recently, despite the strong suspicions of a global money laundering exercise given the timing and sums involved, there has been a lack of concrete evidence connecting the projects to the Chinese parties and the outrageously suspicious ‘disposal’ of 1MDB’s land in Penang to repay its debt.

This is no longer the case.

The Sarawak Report has exposed the money flow from the Chinese companies to ‘purchase’ the 1MDB property in Penang. Based on information secured by the portal:

30 Aug 2017 – CNY4,253,000 was then transferred from Silkroad Southeast Asia to Sentuhan Budiman Sdn Bhd, a wholly-owned subsidiary of the Ministry of Finance holding the 1MDB Air Itam land.

Between September 2017 to March 2018, the balance of the receipt in Sentuhan Budiman was used to service the interest of other 1MDB debts.

Most critically, all of the above transactions were facilitated by Industrial & Commercial Bank of China. The billions of renminbi were transferred from ICBC Hong Kong to ICBC Kuwait to ICBC Kuala Lumpur to ICBC Abu Dhabi in a matter of 3 days.

The transactions, carried out entirely in Chinese yuan, were obviously meant to circumvent anti-money laundering detection of US dollar transfers in the light of the international scrutiny over 1MDB.

The RM50 billion 1MDB scandal which has rocked the world from Saudi Arabia to Switzerland, from Abu Dhabi to Singapore and destroyed the reputation of top global investment banks such as Goldman Sachs, has now notched another scalp in Kuwait.

Both Sheikh Sabah and Saud Abdelmohsen were arrested in Kuwait last week to be investigated for the above kickbacks and money-laundering transactions.

We call upon all the relevant authorities, especially the Ministry of Finance and Bank Negara Malaysia to investigate ICBC, with the assistance of other international authorities in Hong Kong and Kuwait, over the money laundering scheme which have caused billions of ringgit in losses to Malaysian taxpayers.

If found culpable, ICBC must be penalised accordingly to ensure that no other banks will ever facilitate the laundering of misappropriated funds by a corrupted government ever again.